HISTORY AND SUBJECTIVE COMPLAINTS:
Lameness was first observed  in this 10yo mare, 4 weeks prior imaging.  Veterinary treatment /investigation had consisted of  4 weeks box rest and a 2 week course of a phenylbutazone alternative which she was still taking at the time of testing,  however there had been no improvement. The left hind fetlock was negative to the nerve block. In walk the horse was only slightly lame, but in trot the degree of lameness increased dramatically to 60% or 70%.

A full body scan was completed, however  due to the degree of lameness, the stress test consisted of walking in hand for 15 mins, with short amounts of trotting, after which a  repeat set of images were taken. In walk the horse was fully weight bearing on the left hind. 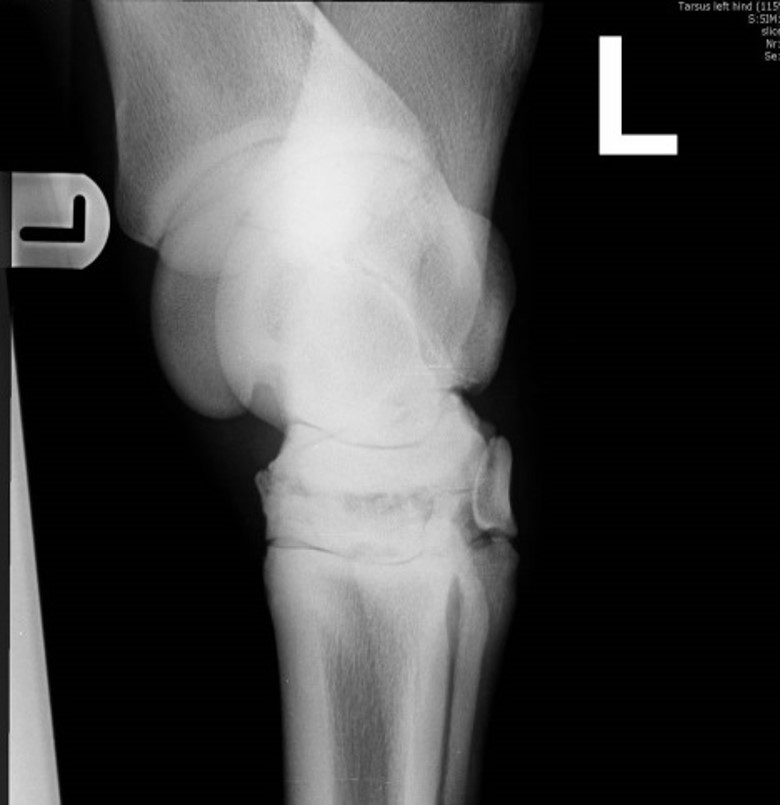 DISCUSSION: The primary thermal findings were joint associated inflammatory patterns, present in the hocks. The left hock appeared to be worse affected and was consistently inflamed, while the right side becomes inflamed only with exercise. Clinical correlation to rule out degenerative joint disease was advised as this appears to be the most likely underlying pathology.

X-rays identified a small bone spur in the lower tarsal joint of the left hind which correlated with thermal findings and treatment commenced.